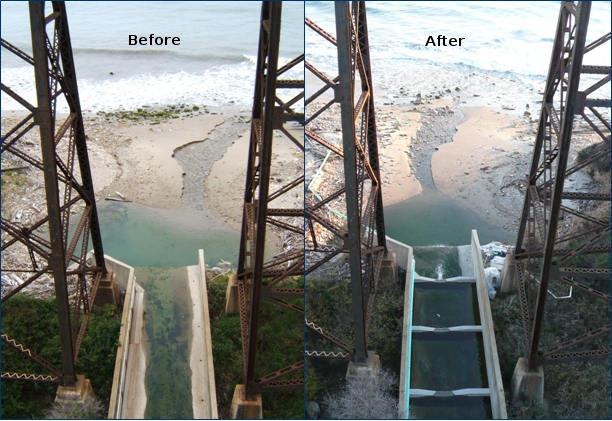 (1) Modify the culvert to improve conditions for successful fish passage.
(2) Ensure that the structural integrity of the tunnel and nearby infrastructure was not compromised.
(3) Ensure that the tunnel continued to have sufficient hydraulic capacity for normal and high creek flows without increasing the risk of flood damage.
(4) Maintain pedestrian access from the main part of the Preserve to the beach.
(5) Restore and improve ecological/biological functions immediately upstream and downstream of the tunnel.